If you have tried to install SharePoint 2013 on Windows Server 2012 R2 and you run the Prerequisite Installer, you may end up receiving the following error message: 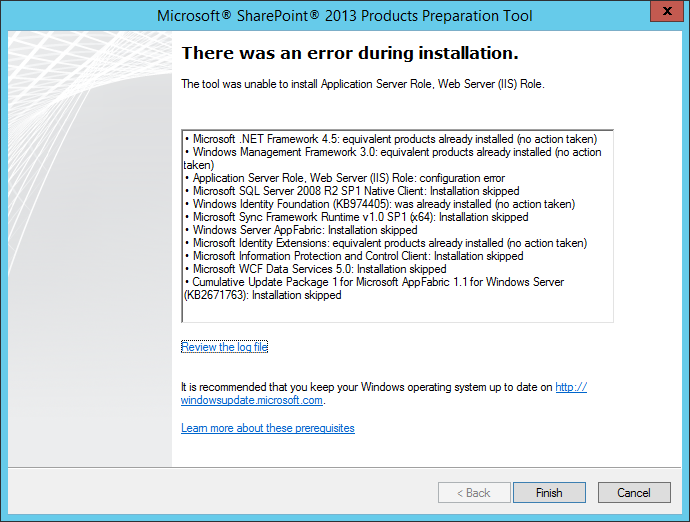 If you consult the following Microsoft support article you will see that Windows Server 2012 R2 support is not expected until the release of SP1 for SharePoint 2013: http://support.microsoft.com/kb/2891274

Fortunately, however, if you want to begin leveraging the Windows Server 2012 R2 platform sooner, a set of workarounds have been kindly provided in this article: http://iouchkov.wordpress.com/2013/10/19/how-to-install-sharepoint-2013-on-windows-server-2012-r2/

You can consult this article for additional details on how to suitable prepare your environment for installation of SharePoint 2013 manually: http://technet.microsoft.com/library/cc262485(office.15)?ocid=fwlink

Even after following all these steps, I received the following error message dialog when initially attempting to install SharePoint 2013: 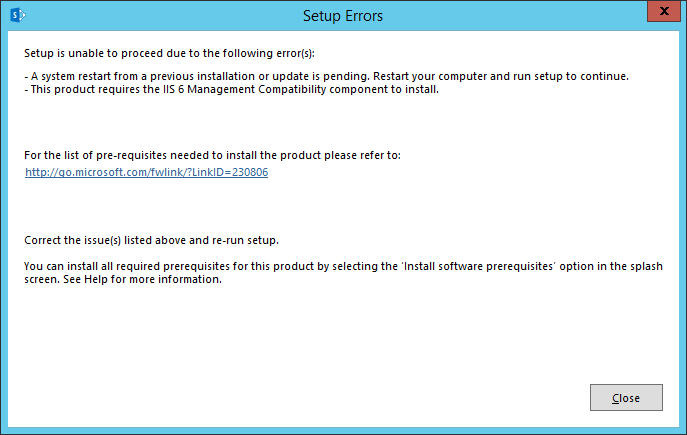 Fortunately, this error message was slightly misleading in that it seemed to indicate I needed to still install IIS 6 Management Components (which were already installed on the system), however, this was easily resolved by a simply reboot of the server/restart of the machine.

The remote server returned an error: (404) Not Found

No matter what I tried on the system, I absolutely could not get the Workflow service to be registered with SharePoint 2013, which required me to revert to using Windows Server 2012.

UPDATE: With the release of SharePoint Server 2013 SP1 and Workflow Manager 1.0 Refresh, Windows Server 2012 R2 is FINALLY supported.
Posted by ssvaidya at 10:34 PM

The Art of Readable Code